Q. You were on CNBC on Thursday talking about the incident with Tiger and being forced to play here.
TIM FINCHEM: I’m answering questions.

Q. I’ll ask you a question. It seems like irrespective of Tiger, it’s not unusual for the commissioner to contact players to see if they’re going to play in an event or try to tell them how important it is to play in an event, is it?
TIM FINCHEM: Well, I think the question that was put to me, and I’ll answer the question that was put to me, it’s been rumored that I pressured Tiger Woods to play in the tournament, and my response was no, I did not do that.

Q. Can you answer my question, then?
TIM FINCHEM: We communicate with players all the time with weak fields, weak field events, and we encourage players to move their schedule around and try to include a weak field. We never go to a player and say, would you please, please, please play this event, this event or any other event, ever, and I don’t recall ever talking to any player in my tenure about whether or not they were going to play THE PLAYERS Championship unless they came to me and said, I want you to know I’m not playing THE PLAYERS Championship or I want you to know how delighted I am that I am going to play THE PLAYERS Championship. I hope that sets the record straight.

Q. You seem to have been put off by the situation that you would twist Tiger’s arm to play when he might be hurt.
TIM FINCHEM: Well, it’s not about him, it’s any player. It’s any player. I don’t twist players’ arms, and as far as Tiger being hurt, guys, that’s a decision he has to make, and I had no information that he wasn’t ready to play golf. I don’t think anybody did. I don’t think he did. I was on the range with him for a half an hour on Tuesday. He was hitting it really well. He went and played nine holes, and he didn’t have a problem. He played the next day, he didn’t have a problem. He stayed on the range that day, he didn’t have a problem. So it’s all nonsense as far as I’m concerned, and I don’t want to talk about it anymore. 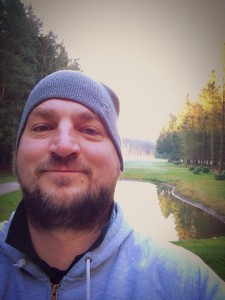